Periodontal Disease: What is it? Periodontal disease, also referred to as gum disease, is very common and treatable. But do not underestimate it, it is the leading cause of tooth loss in adults. Today, we will go over what periodontal disease is and the relationship between it and diabetes. To begin, you must first understand […]

The Value of Dental Implants

Finding this article is an enormous first step! As you probably already know, you are not alone. Did you know that there are approximately 178 million Americans that are missing at least one tooth? That is enough people to fill Heinz Stadium 2,602 times! But of all those people, how many of them get dental […]

You could have a dental infection and and not even know it! A dental infection in the root of a tooth can increase your chances of heart disease, even if you don’t have any symptoms. These types of hidden dental infections are extremely common. Infections often go undetected until routine dental x-rays are taken and […] 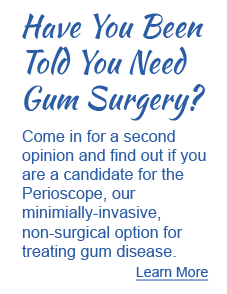